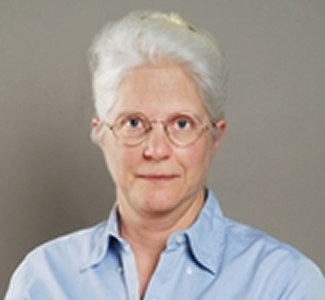 Toni Kazic is an associate professor and the C. W. LaPierre Professor in the Department of Computer Science. She received a B.S. in microbiology from the University of Illinois, Urbana, in 1975, and a Ph.D. in genetics from the University of Pennsylvania in 1984. Trained chiefly as a bacterial geneticist and molecular biologist with heavy biochemical emphases, she worked on purine biosynthesis, DNA repair, and deletion formation in Escherichia coli while her interests in computational biology subconsciously developed. In 1989 she switched her primary research technique from laboratory to computational experimentation. In 2006 she began genetic and computational experiments for a computational study of the networks involved in producing a set of complex phenotypes in maize.

Her research is focused on understanding and inferring biochemical networks, and the development of the necessary computational tools to do so. Currently, her group is developing The Agora, an electronic infrastructure for community deposit, review, and querying of biochemical information (http://www.the-agora.org/); and studying how to infer the mechanisms responsible for forming lesions (spots) on the leaves of maize. The latter is a prime example of how a complex network (over 200 genes) produces a very wide variation in observable phenotypes, and serves as a model system for the development of algorithmic inference methods. She also studies methods to provide semantic interoperability among independent databases and to reason over such information. Prior work has included representational methods for biochemical compounds and reactions and building the databases needed to support complex computations.