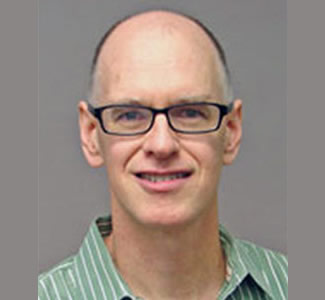 Understand the mechanism and evolution of catalysis by ribozymes and the molecular basis of retroviral inhibition by RNA-based drugs.

Both aptamers and ribozymes are found in nature and can be isolated from combinatorial libraries containing ~1015 species. Ribozymes are RNA enzymes, while aptamers are RNAs selected to bind molecular partners. LIFE IS MOLECULAR RECOGNITION! By understanding, controlling, and manipulating the transient, non-covalent interactions that govern recognition, we can control the molecules of life. Our work is defining whether metabolic ribozymes can be engineered to replace protein enzymes inside cells, and whether aptamer inhibitors of HIV-1 replication can illuminate viral pathogenesis. We are also learning how the three-dimensional structure of a ribozyme directs catalysis and whether multi-clade targeting of aptamers prevents the evolution of drug resistant HIV.

Whether we are thinking about the Origin of Life, about the Molecular mechanisms of Viral Pathogenesis, or about RNA-based therapeutics, three kinds of questions underly our work:

Most of the RNA and ssDNA molecules we work with are isolated using the technology of in vitro directed molecular evolution (SELEX, Systematic Evolution of Ligands by EXponential enrichment). The SELEX technology recovers rare functional molecules – for almost any function – from exceedingly complex mixtures, allowing us to explore the chemical and biological limits of what RNA and DNA can do.

As new sequences become available, they will be posted to DARS, the Database of Aptamer and Ribozyme Sequences.

This site will soon be updated to reflect the lab’s current directions. In the meantime, here is what we have sent the last several years thinking about:

Life is molecular recognition! Macromolecules communicate with each other in part by forming specific, high-affinity complexes, as in mRNA localization, gene regulation, pre-mRNA splicing, and ribosome assembly. RNA-small molecule interactions are also important, as in antibiotic binding by ribosomal RNA and guanosine cofactor-binding by self-splicing RNAs. The central goal of this work is to understand the structural determinants of specificity in RNA-protein and RNA-small molecule interactions.

RNA-protein interactions and antiviral gene therapy agents. The Reverse Transcriptase (RT) protein of HIV is essential for viral replication. Anti-RT drugs such as AZT block viral replication, but their clinical effectiveness is limited by the rapid appearance of resistance mutations. Aptamers that bind HIV RT make numerous contacts with the protein, inhibit its activity, and offer an alternative to small-molecule drugs in the form of anti-viral gene therapy. Preliminary work along these lines in our collaborators’ labs shows great promise for this approach. Knowledge of RT’s ability to mutate into aptamer resistant forms is essential for designing proper candidates for clinical use, although the viability of such mutants and the frequency with which they might arise in a clinical setting are unknown. Therefore, we are using several aproaches to analyze the biochemical details of the RNA-protein interaction and to quantitate RT’s ability to mutate into resistant forms. The locations of aptamer-resistant mutations in the known crystal structure of the protein (454k jpeg image)will help in understanding the molecular basis for resistance.

What does an RNA binding pocket look like? RNA aptamers that bind small molecule targets are ideal for studies of RNA folding. We study the RNA sequence requirements and binding interfaces for several RNA-small molecule interactions, each of which has provided a wealth of information and surprises. For example, aptamers to S-adenosyl methionine (SAM) bind several other adenosine-containing cofactors, and they have beautiful structures. They have already been used in another lab to isolate self-kinasing RNA’s, and they may be broadly useful for isolating several classes of ribozymes. The sequence and specificity of the SAM-binding RNA motif are distinct from our aptamers to CoenzymeA, which present their own unusual structural features, even through the SAM- and CoA-binding RNAs both recognize the adenosine portion of their targets. Understanding the relationships among macromolecular sequence, st ructure, and function are central problems for structural biology and it is an underlying theme of our work.

A fundamental quest of modern biochemistry is to understand how enzymes work and to embellish them with new properties. Recent work with enzymatically active nucleic acids shows that they have a catalytic potential rivaling that of proteins, but there is much that remains poorly understood. The state of the art in this field is to define the range of reactivities that can be expected from ribozymes, the mechanisms by which they function, and their capacity to participate in biology.

Expanding the scope of RNA catalysis. Ribozymes with novel properties can be identified in pools of random sequences using variations on the SELEX procedure. We are isolating ribozymes and deoxyribozymes for several classes of reactions. Of particular interest will be those that catalyze essential metabolic reactions normally carried out by protein enzymes. Additional projects are underway to examine the influence of temperature and metal ions on RNA function and on its in vitro evolution.

Evolution of catalysis through recombination and assembly. Accumulation of favorable point mutations during in vitro RNA evolution has been widely used to optimize existing ribozyme activities or to produce RNAs with altogether new activities. RNA should also be able to undergo evolution by recombining functional domains. To test this hypothesis, we have developed chimeric SELEX; which experimentally simulates random recombination among functional RNA domains. We are using it to build ribozymes from their component parts and to test the role of recombination in ribozyme evolution and engineering.

The Origin of Life & Metabolic Engineering

The RNA World Theory for the origin and early evolution of life postulates that ribozymes drove cell metabolisms before modern protein synthesis evolved. This theory was originally proposed to circumvent the “chicken-and-egg” paradox of how to initiate the flow of genetic information at life’s origin, since proteins encoded by DNA are required for the replication of DNA. The discovery of natural catalytic RNAs renewed vigorous speculation over the role of RNA in early evolution, most of it going well beyond the reach of supporting data. Through in vitro selection technologies, we can now test RNA World hypotheses through direct experimentation. We want to know whether ribozymes can catalyze a collection of reactions diverse enough to support life and how complex functions may have evolved (above), but we also want to know whether ribozyme catalysis can support life.

Is RNA-based life possible? If modern metabolism evolved from a ribozyme-driven metabolism, why did proteins ultimately come to dominate? To anwers these questions, we will replace essential cellular proteins with ribozymes, effectively creating model “ribo-organisms” that will help us better understand how such life forms may have functioned and evolved more than 3.8 billion years ago. What can we expect from an RNA-based metabolism, and what natural constraints might it experience? By replacing essential protein enzymes with ribozymes inside cells, we will in effect be reversing the course of evolution while defining the viability of RNA-based life forms.

Using aptamers and ribozymes to engineer new biologies. Recent years have seen a flood of reports showing how aptamers can be used to block the functions of extracellular, cytoplasmic, and nuclear proteins, with rationally predictable consequences for the cells in which they are expresesd. Nucleolytic ribozymes are also coming into maturity for cleaving target mRNA, and some of these ribozymes are entering clinical trials as anti-cancer agents. The potential for these applications balloons with the the number of new RNAs engineered in vitro. Being able to marry the technologies of in vitro selections and microbial genetics will lay the foundations for designing micro-organisms that can detoxify hazardous material, for gene therapy approaches to human metabolic diseases, and for a host of other applications.

No one can be truly successful in a vacuum, and we encourage collaborations with experts in areas other than our own. We have active collaborations with X-ray crystallographers to determine three-dimensional structure of some of these RNAs, with clinical physicians to develop aptamers with anti-inflammatory biomedical applications, with virologists to move the anti-HIV aptamers towards clinical application, with synthetic chemists to probe the effects of backbone modification on aptamer stability and nuclease resistance, and with inorganic spectroscopists to determine the role of metal ions in catalysis by catalytic RNA and DNA. This is an exciting time for nucleic acid research!