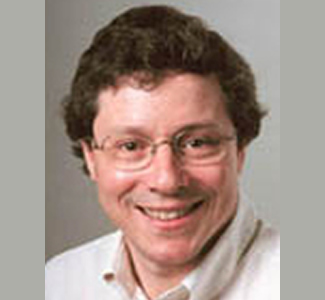 The parvoviruses are amongst the smallest of all viruses; they have a compact and highly regulated small (5kb) single-stranded DNA genome and thus provide an excellent opportunity for understanding the life cycle of an important pathogen at a detailed molecular level, with the potential dividend of rational intervention in the disease process. In addition, since host cellular enzymes are involved in almost all biochemical functions involved in parvovirus replication, these viruses are excellent probes for gaining insight into basic mechanisms of eucaryotic cellular molecular biology.

The main focus of my lab is understanding at the molecular level those aspects of parvovirus gene expression and replication that determine how this important group of viruses achieve lytic infection in permissive cells and persistence in animals. For a number of years we focused primarily on the autonomous group of parvoviruses, which can independently cause disease in many animal species including humans. We have recently also begun work on the dependo-parvovirus adeno-associated viruses (AAVs), which are an important vehicle for viral gene therapy applications.

Project 1: Analysis of the basic gene-expression profiles and novel proteins generated by representative examples of the various genera of the Parvoviridae.  Supported by: NIH R01 AI 46458.
We have essentially completed characterization of the transcription profiles of representative members of all five genera of the Parvovirinae, and our analyses have revealed a much greater variety or genetic strategies than previously thought. Our work makes clear that members of three of the five parvovirus genera, the Erythrovirus, Amdovirus, and probably Bocavirus groups use only a single promoter in their left hand end, and so regulation of their expression must be exclusively posttranscriptional. Our work has also shown that in addition to the Erythroviruses, members of the Dependovirus, Amdovirus and Bocavirus genera also use alternative polyadenylation at a site within the center of the genome. Thus, alternative internal polyadenylation as a means to govern parvovirus gene expression has emerged as the rule rather than the exception. In addition, it is now clear that the parvoviruses make greater use of alternative translation strategies for their expression than previously appreciated, both for their structural and nonstructural proteins – which is perhaps not surprising, given their need to express complex patterns of gene expression from such compact genomes. Discovery of the variation in parvovirus expression strategies has also underscored the potential importance of a number of proteins not predicted from studies on the prototypes MVM, AAV and B19. For example, the GPV large Rep 1protein acts as a transcriptional activator of its capsid protein-encoding gene, yet seems to be distinct in its mode of action from either the AAV2 Rep protein or MVM NS1. Additionally, the Bocavirus NP1protein is abundantly expressed by both bovine parvovirus BPV and the human bocavirus HBoV, suggesting it may be a prototype of parvovirus proteins encoded by an ORF in the center of many parvovirus genomes. Our work in this area is focused on completing the determination of the transcription profiles of representative examples of all the Parvovirinae genera, characterizing new expression strategies mandated by the newly identified genetic profiles, and determining the function of novel parvoviral proteins whose importance these new profiles make clear.

Project 2: A more detailed biochemical analysis of parvovirus RNA processing, specifically alternative polyadenylation and alternative splicing. Supported by:  NIH R01 AI 56310.
As we have found, internal polyadenylation of parvovirus RNA is more prevalent than previously appreciated, and in fact, can be considered the rule rather than the exception as a means to govern parvovirus gene expression. It can occur either within or outside of a functional intron, but in all cases internal polyadenylation precludes extension into the virus capsid-coding gene. Thus, it is a key facet of parvovirus gene expression, and understanding its mechanism and impact are critical.  Although all adeno-associated virus type 5 (AAV5) RNAs have the same single intron, the relative rates of splicing vs internal polyadenylation at (pA)p varies and depends on the size of the 5′-exon, i.e., the distance between the RNA initiation site and the intron donor. Our initial characterization of AAV5 internal polyadenylation has led us to propose a model in which the distance-dependent processing of AAV5 RNA is controlled by the strength of U1snRNP binding to the nonconsensus intron donor in a manner governed by 5′-exon definition, via interaction with the nuclear cap-binding complex (CBC) bound to the RNA cap site. This model can also explain the distance-dependent splicing of AAV2 RNA. Our work in this area is focused on critically testing the two major steps of our model, namely: i) how the size of the AAV5 and AAV2 5′-exon governs U1snRNP binding to the intron donor; and ii) how U1snRNP inhibits polyadenylation at AAV5 (pA)p.  In addition, we are trying to determine the genetic differences that allow AAV5, but not AAV2, to internally polyadenylate, and determine how such differences impact their life cycles.  We have also begun to develop a new model: internal polyadenylation of RNA generated by the Erythrovirus B19, the only parvovirus other than AAV5 and the non-primate dependoviruses, to utilize internal polyadenylation within a functional intron.

Project 3: Analysis of the virus/host cell interplay during infection by the gene-therapy parvovirus adeno-associated virus (AAV). Supported by: NIH R01 AI 091588.
Adeno-associated viruses (AAVs) require helper-virus functions from larger DNA viruses for efficient replication. Although the five adenovirus (Ad) helper functions necessary for AAV replication were identified years ago, details of their role in AAV infection are incomplete. Our recent analysis revealed a surprising complexity in the roles that the Ad helper functions play during AAV replication.
Ad E4Orf6 was known to function at an early rate-limiting step in AAV second-strand synthesis. Our closer examination revealed that AAV hijacks the Ad E4Orf6/E1B 55kDa E3 ubiquitin ligase complex for its use; it efficiently targets both an enabler of an inhibitor of AAV replication as well as, surprisingly, AAV proteins themselves.  Our finding that Ad VA RNA mutants that could no longer inactivate the dsRNA-activated protein kinase R (PKR) could not support AAV replication led to our discovery of an element within the AAV capsid coding mRNA that binds and activates PKR. This was the first PKR-activating element described within an mRNA generated by a DNA virus. Further, our studies demonstrated that AAV engages the host antiviral response, which had not previously been shown for any parvovirus.  Our work on this project builds on these observations.
We are focused on understanding how the Ad E3 Ub-ligase and Ad VA RNA function during AAV/Ad co-infection. However, in addition to helping solve the long standing issue of how helper-functions facilitate AAV replication, these studies will help explain how sharing a viral E3 ubiquitin-ligase can help optimize the symbiosis of two co-infecting DNA viruses, and how a novel PKR-activating element within an mRNA of a DNA virus might function, engage the host antiviral response, and perhaps govern a switch from viral latency in the absence of helper to expression and lytic replication in its presence. Studies in this last area should also shed light on basic differences between the autonomous and helper-requiring groups of parvoviruses, and also help improve recombinant AAV vector production.

New projects in the lab:  Parvoviruses negotiate cellular DNA-damage responses.
DNA viruses must find a way to negotiate the DNA damage response (DDR) that cells mount to infection.  Some viruses attempt to counteract this response; however, our experiments have shown that the autonomous parvovirus MVM induces, and then exploits, this response to its own advantage. Parvoviruses represent an important model system to examine virus interaction with the cellular DDR.  They are the only virus type to introduce linear single-stranded DNA into the cell nucleus, and their life cycle is initiated only when cells cycle through S-phase.
We are focusing on two key points of this interaction. First, we have begun to characterize in detail the initial MVM-induced DDR signaling events, including the identification of the viral signals and activities that elicit the cellular DDR response, and the potential roles that the viral non-structural proteins may play in this process.  Secondly, we have begun to characterize the nature of the MVM-induced DDR-mediated cell-cycle block, and probe how the DDR and this block actually facilitate viral infection. In this regard we will also begin to test our model that the MVM induced DDR facilitates viral infection by simultaneously halting the cell-cycle and redirecting the DNA repair machinery for genome replication. To most effectively address these issues, we are collaborating with the Weitzman lab at the Salk Institue, a leader in viral interactions with cellular DNA damage responses.

We expect that our studies will significantly advance our understanding of this important group of viruses by providing important insights into aspects of parvovirus gene expression and virus/cell interaction. And, as has been true in the past, detailed studies of parvovirus molecular genetics will continue to provide attractive, tractable model systems for studying basic molecular mechanisms of gene expression and basic cellular functions.

Li L, J. Qiu, and D. J. Pintel. 2009.  The choice of translation initiation site of the rep proteins from goose parvovirus P9-generated mRNA is governed by splicing and the nature of the excised intron. J. Virol. 83:10264-8.

Choi, EY, and D. Pintel. 2009. Splicing of the large intron of the nonstructural gene of minute virus of mice is governed by TIA-1/TIAR binding downstream of the nonconsensus donor. J Virol. 83:6306-11.